We use computational physics and artificial intelligence to improve the quality of chemical matter to enable drug discovery.

Quantum mechanics is the most accurate way to simulate the behavior of molecules and interactions between molecules.

We use statistical thermodynamics to compute biologically relevant quantities such as binding affinity, selectivity, allostery, membrane permeability and solubility.

Molecular Simulation allows us to predict interactions, energies and the conformational behavior of our drug discovery targets.

Our dedicated, built-for-purpose, super-computing cluster provides the computing power necessary to deliver the most accurate results at scale.

We use computational physics and artificial intelligence to improve the quality of chemical matter to enable drug discovery.

Quantum mechanics is the most accurate way to simulate the behavior of molecules and interactions between molecules.

We use statistical thermodynamics to compute biologically relevant quantities such as binding affinity, selectivity, allostery, membrane permeability and solubility.

Molecular Simulation allows us to predict interactions, energies and the conformational behavior of our drug discovery targets.

Our dedicated, built-for-purpose, super-computing cluster provides the computing power necessary to deliver the most accurate results at scale.

We are committed to advancing science and improving human health 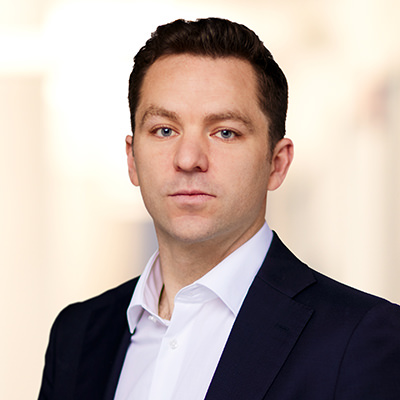 Matt Maisak, Ph.D. serves as Chief Operating Officer, Roivant Platforms. Dr. Maisak joined the Roivant team in 2018. Prior to leading the Roivant Platforms, Dr. Maisak was a key member of the Axovant business development team, where he led the in-licensing efforts for the GM1 and GM2 gangliosidoses gene therapy programs from the University of Massachusetts. Prior to Roivant, Dr. Maisak held several strategic roles in Global Operations at Roche Diagnostics, where he worked across regulatory and manufacturing strategy.

Dr. Maisak earned a doctor of philosophy from the Max Planck Institute working under Dr. Axel Borst. During this time, he investigated the role single neuronal subtypes play in the computation of direction selective motion vision. His work was published in Nature and Current Biology and featured in popular science media such as National Geographic (Geo) and Bayerischer Rundfunk. Dr. Maisak studied medicine at Yale University School of Medicine. 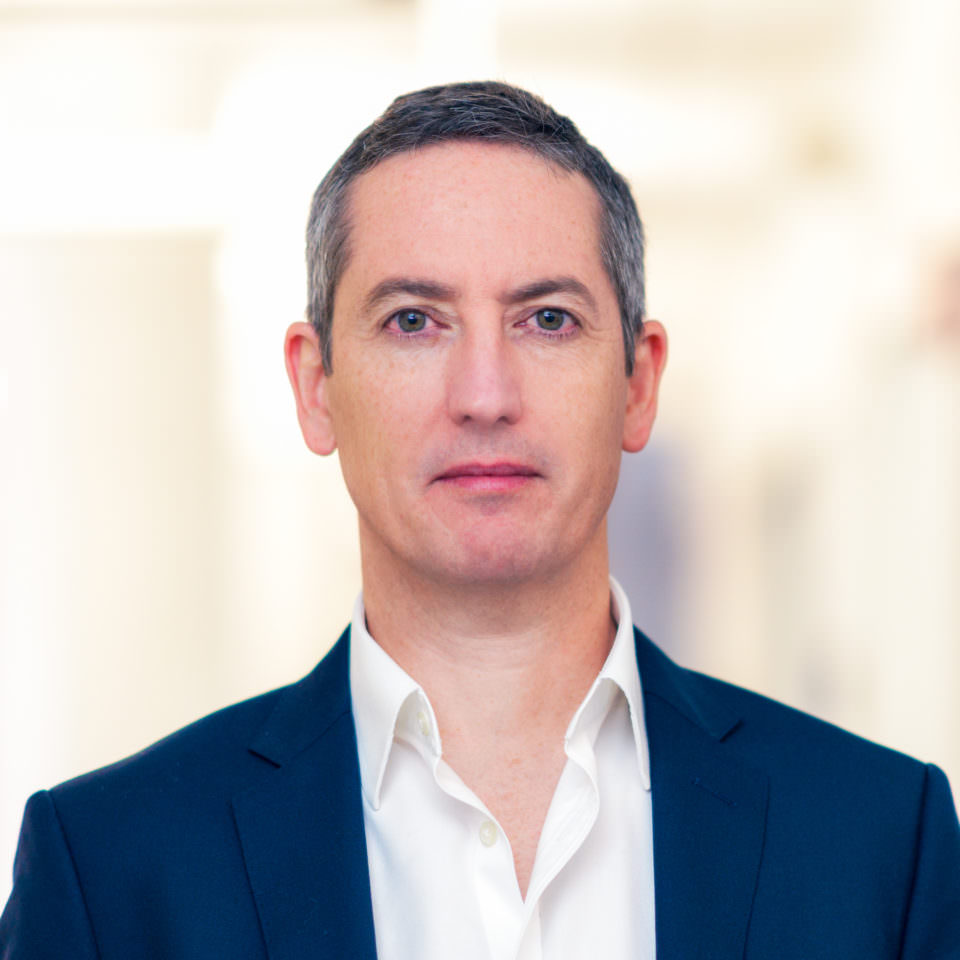 His team develops and leverages chemical biology and proteomics methods and workflows to support the discovery organization and translational assessment of clinical opportunities for target selection, biomarker identification, and indication expansion.

In previous roles, at Cedilla Therapeutics, Merck, AstraZeneca, and Sanofi, Iván established and managed chemical biology and proteomics teams, supporting target and drug discovery initiatives across disease areas and modalities. Before Sanofi, at Novartis, he was a founding member of the NIBR target identification and mode of action elucidation (TIDMoA) platform. Throughout his career, Iván has also acted as consultant on target and drug discovery for a number of start-ups and biotech firms.

Iván holds a Ph.D. in organic chemistry from the Universidade da Coruña, Spain, and earned an Executive Certificate in innovation from MIT Sloan School of Management. He completed postdoctoral work at the Institute of Chemistry & Cell Biology of Harvard Medical School (now the Broad Institute of MIT and Harvard), as National Cancer Institute Initiative for Chemical Genetics Research Fellow, and at the Boston College chemistry department.

Iván volunteers as committee member for the Chemistry in Cancer Research section of the AACR, and as ambassador for the non-profit organization SeedingLabs. He has been an invited speaker, organizer and chair for numerous international conferences on drug discovery, phenotypic screening, target identification, chemical biology and proteomics. 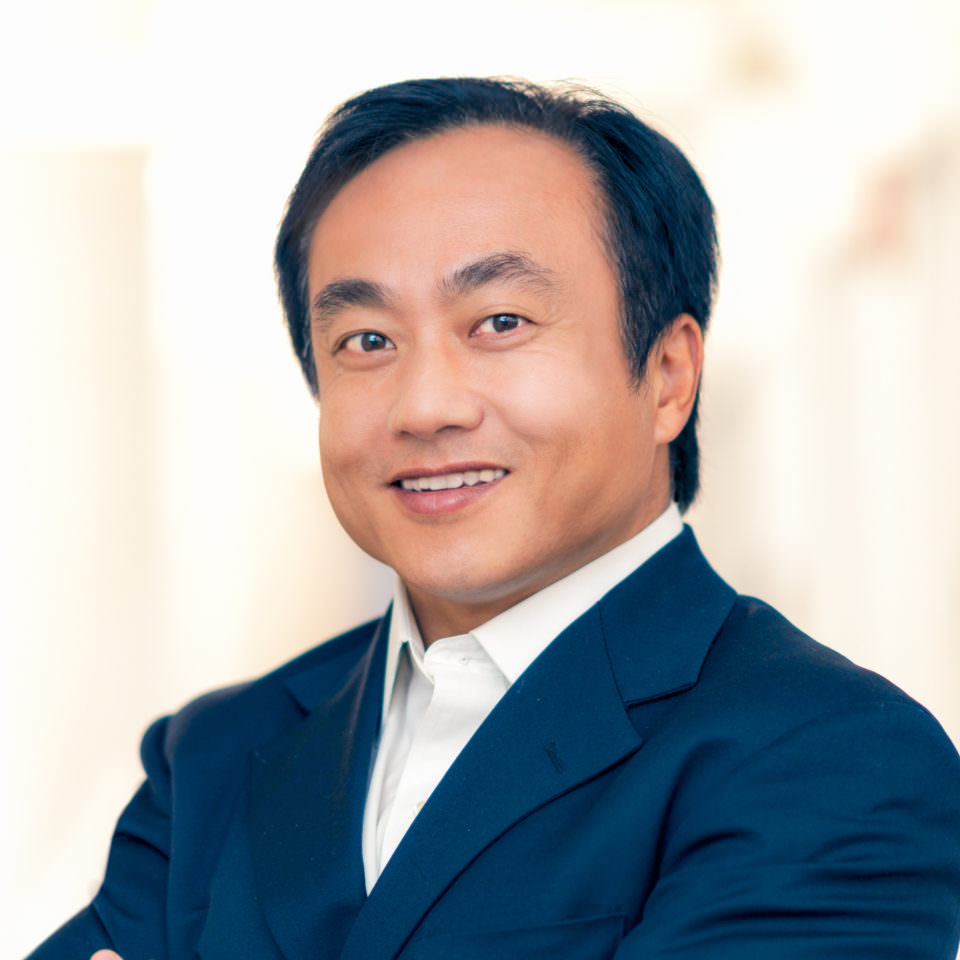 As chief technology officer, Huafeng oversees the development of new computational methods and models in the Roivant Discovery platform. He also provides guidance on their applications in drug discovery projects. Huafeng joined Silicon Therapeutics prior to its acquisition by Roivant Sciences.

Previously, Huafeng spent 12 years at D. E. Shaw Research, a privately held biochemistry research company based in New York, where he played an early role in the design of the specialized Anton chip for molecular dynamics simulations and led development of the methods and software for free energy calculations that are now widely used in the pharmaceutical industry. His research interests include development of simulation methods, free energy calculations, structural immunology, protein folding and misfolding and molecular design. 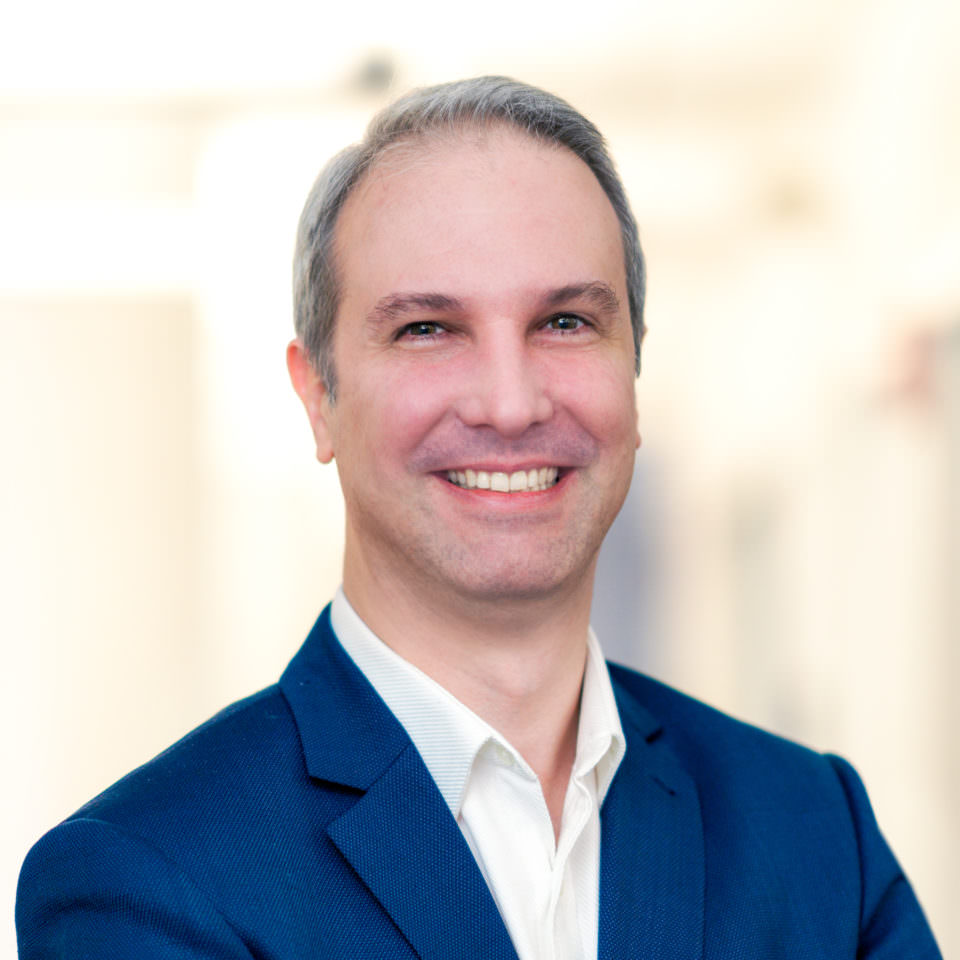 His experience spans several therapeutic areas and drug modalities, including small molecules, macrocycles, peptides, oligonucleotides, drug conjugates, and degraders, with a track record of delivering across discovery phases, including clinical candidates and novel technologies. At AstraZeneca, he built the first New Modalities group in the industry, which paved the way for the rapid expansion of the field, later fueled by protein degradation approaches. There, he also led a corporate-wide drug discovery transformation project, which brought large investments into multiple areas including the use of AI for drug discovery. Before joining Roivant, he built a first-in-category biotech company at Flagship Pioneering, leading the R&D team from inception, and demonstrated proof-of-concept for a new modality.

Eric is coauthor/coinventor of over 65 publications, patents, posters and oral presentations. He holds a doctor of philosophy degree in organic chemistry from the University of Edinburgh in Edinburgh and a master’s of business administration from Imperial College London in London. 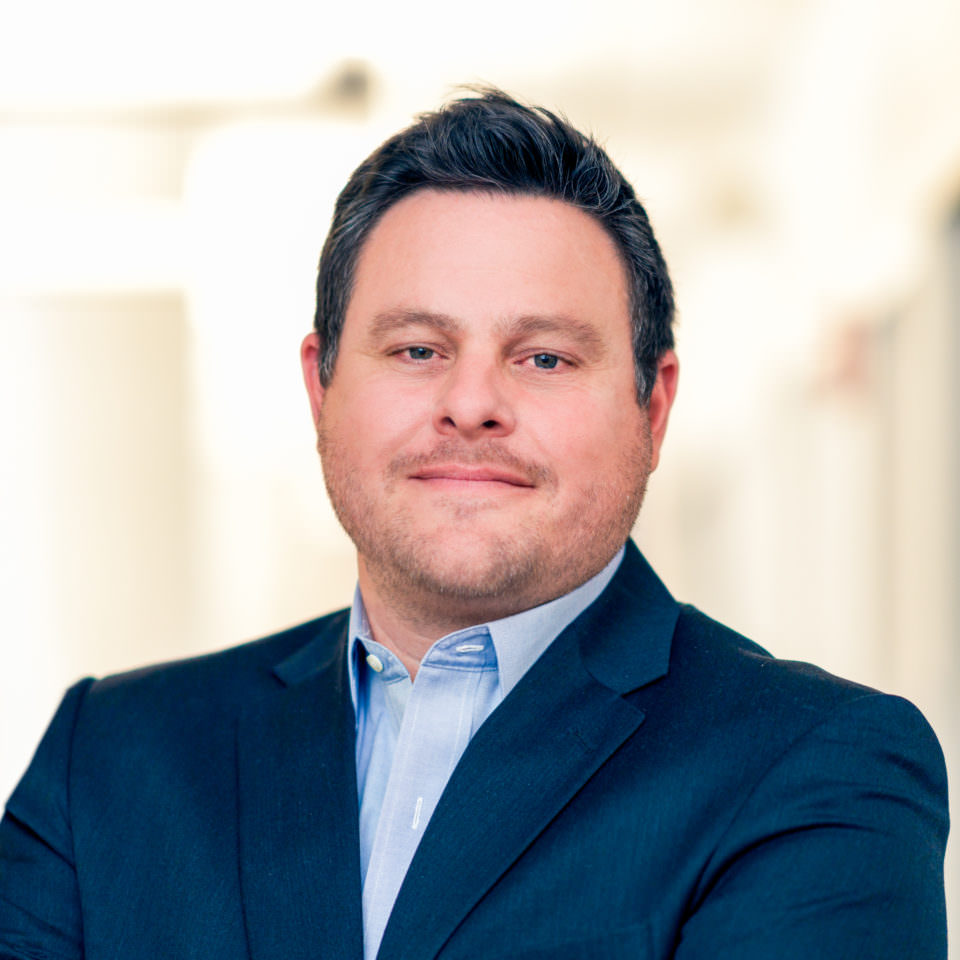 Prior to joining Roivant, Jason was a recognized leader in Merck’s global discovery chemistry department where he held positions of increasing responsibility, most recently as director of chemical biology, leading teams across all levels of preclinical discovery including target identification, target validation, lead identification and lead optimization. Jason was a founding member of Merck’s chemical biology group and a co-lead of Merck’s targeted protein degradation group. Jason contributed to the discovery of five development candidates, three INDs and was a co-inventor in the discovery of the beta-lactamase inhibitor Relebactam.

Jason has authored over 30 peer-reviewed journal articles and holds 12 patents spanning a diverse set of therapeutic areas. He holds a bachelor of arts degree in biology and bachelor of science degree in chemistry from the University of Massachusetts in Amherst, Mass. where he was a recognized Howard Hughes Undergraduate Research Fellow, a doctor of philosophy degree in organic chemistry from the University of Arizona in Tucson, Az. and a National Institute of Health Ruth L. Kirschstein National Research Service Award Postdoctoral Fellowship at Boston College in Chestnut Hill, Mass. 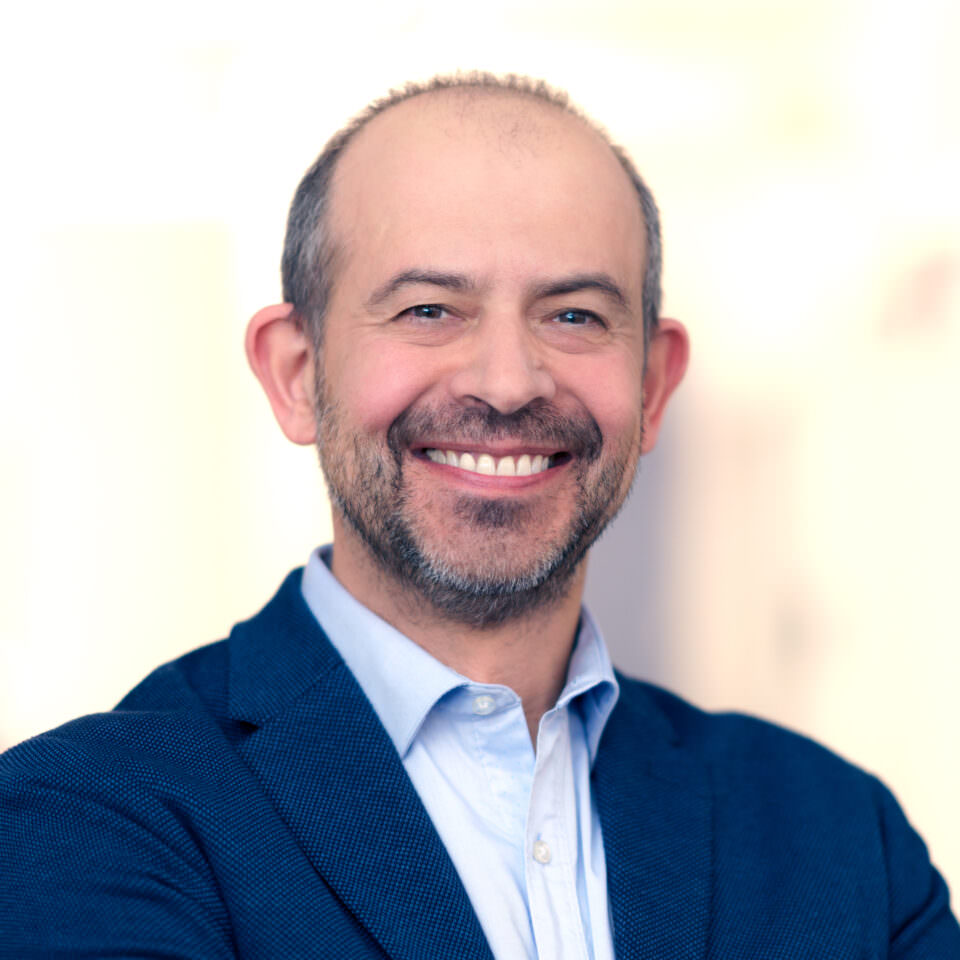 As Vice President, Translational Informatics at Roivant Discovery, Tudor leads translational informatics efforts ranging from targets through drug discovery as we advance our pipeline of medicines to the clinic. Tudor joined Roivant Discovery from the University of New Mexico. Tudor is a digital drug hunter with three decades of experience in machine learning and knowledge management applied to target and drug discovery.

At the University of New Mexico, Tudor served as director for screening informatics and, ultimately as chief of translational informatics where he received over $24 million in extramural funding for a broad range of projects. Prior to the University of New Mexico, Tudor worked at AstraZeneca where he conceptually developed the “lead-like approach” for combinatorial chemistry and fragment-based drug discovery. Tudor co-invented the first G-protein coupled estrogen receptor agonist, an orphan drug designated compound for uveal melanoma. He has developed machine learning models since 1989, first in cheminformatics and quantitative structure-activity relationship (QSAR) and later in disease and target biology. Tudor has co-authored over 270 publications, edited two books on informatics in drug discovery, has been awarded 10 U.S. patents and has been cited nearly 23,000 times.

Tudor received his M.D. in general medicine (1990) and Ph.D. in molecular physiology (1992) from the University of Medicine and Pharmacy in Timişoara, Romania.

A Paradigm Shift in Molecular Medicine 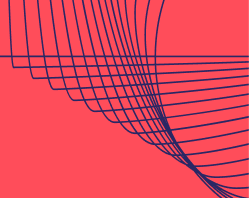 Insights and expertise from our scientists

Virtual high throughput screening (vHTS) in drug discovery is a powerful approach to identify hits: when applied successfully, it can be much faster and cheaper than experimental high-throughput screening approaches. However, mainstream vHTS tools have significant limitations: ligand-based methods depend on knowledge of existing chemical matter, while structure-based tools such as docking involve...

Progress in the development of GPU-accelerated free energy simulation software has enabled practical applications on complex biological systems and fueled efforts to develop more accurate and robust predictive methods. In particular, this work re-examines concerted (a.k.a., single-step or unified) alchemical transformations commonly used in the prediction of hydration and relative binding free...

Accurate in silico prediction of protein–ligand binding affinities has been a primary objective of structure-based drug design for decades due to the putative value it would bring to the drug discovery process. However, computational methods have historically failed to deliver value in real-world drug discovery applications due to a variety of scientific, technical, and practical challenges. Recently,...

Chemical Basis for the Recognition of Trimethyllysine by Epigenetic Reader Proteins

Evaluation of Conformational Changes in Diabetes-Associated Mutation in Insulin a Chain: A Molecular Dynamics Study.

Insulin plays a central role in the regulation of metabolism in humans. Mutations in the insulin gene can impair the folding of its precursor protein, proinsulin, and cause permanent neonatal-onset diabetes mellitus known as Mutant INS-gene induced Diabetes of Youth (MIDY) with insulin deficiency.

A limitation of traditional molecular dynamics (MD) is that reaction rates are difficult to compute. This is due to the rarity of observing transitions between metastable states since high energy barriers trap the system in these states. Recently the weighted ensemble (WE) family of methods have emerged which can flexibly and efficiently sample conformational space...

Protein-protein interactions are often mediated by flexible loops that experience conformational dynamics on the microsecond to millisecond time scales. NMR relaxation studies can map these dynamics. However, defining the network of inter-converting conformers that underlie the relaxation data remains generally challenging.

The molecular chaperone 90-kDa heat-shock protein (Hsp90) assists the late-stage folding and activation of diverse types of protein substrates (called clients), including many kinases. Previous studies have established that the Hsp90 homodimer undergoes an ATP-driven cycle through open and closed conformations. Here I propose a model of client activation by Hsp90, which predicts that this...

The heat shock protein 70 (Hsp70) chaperones, vital to the proper folding of proteins inside cells, consume ATP and require cochaperones in assisting pro- tein folding. It is unclear whether Hsp70 can utilize the free energy from ATP hydrolysis to fold a protein into a native state that is thermodynamically unstable in the chaperone-free...

Proceedings of the International Conference for High Performance Computing, Networking, Storage and Analysis. 2019.

The implementation of Molecular Dynamics (MD) on FPGAs has received substantial attention. Previous work, however, has consisted of either proof-of-concept implementations of components, usually the range-limited force; full systems, but with much of the work shared by the host CPU; or prototype demonstrations, e.g., using OpenCL, that neither implement a whole system nor have competitive...

FPGA Molecular Dynamics was much studied from 2004-2010. Due to limited chip resources of that era, and the inherent variety and complexity of tasks comprising Molecular Dynamics simulations (MD), those FPGA accelerators relied on host or embedded processors to organize and pre-process input and output data. This introduced long latency for data movement between simulation... 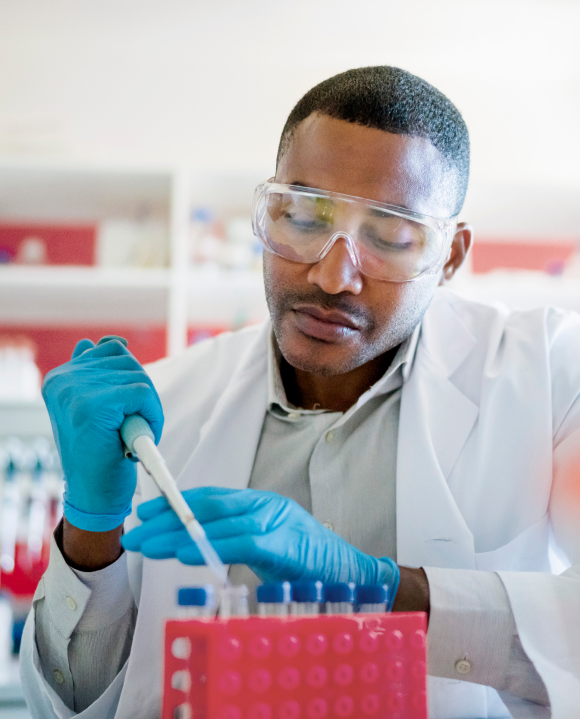 Where we come from and where we’re going 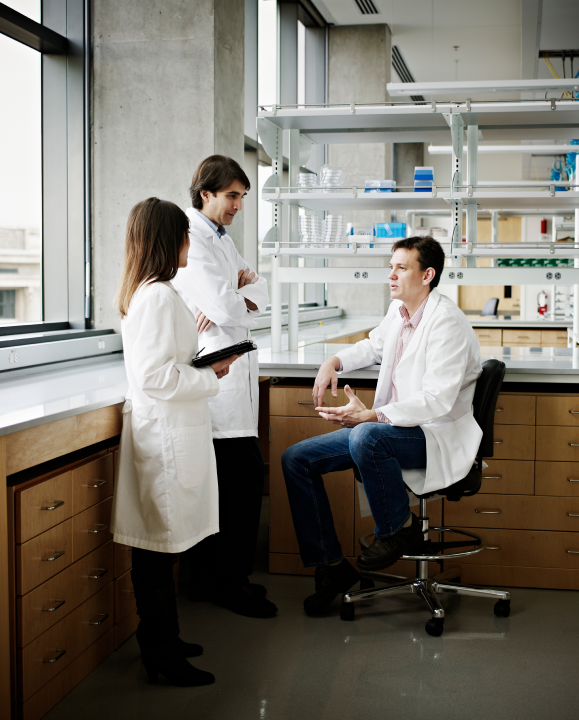 Explore our diverse family of biopharmaceutical and health technology companies.

About Us
Our Companies

Where we come from and where we’re going

Explore our diverse family of biopharmaceutical and health technology companies.